A novel concept of an Aircraft Carrier

is currently serving as a faculty at East Point College of Engineering, Bangalore. He has completed his PhD in the area of Biomechanics. He is interested in the design of war equipment.

The concept of the Aircraft Carrier (AC) is a century old concept. Its use is mostly in the vast oceans for example the Pacific, Atlantic, or the Indian Oceans. It proves to be a real tooth for the Navies of the countries which operate them. However, the major concern is energy utilization by this giant of a machine. The present paper showcases a more reliable design and energy-efficient design. The design is futuristic.

Britannica[1] defines an aircraft carrier as a “naval vessel from which airplanes may take off and on which they may land”. Further, it is said that the United States of America (USA) began utilizing this technology as early as 1910. 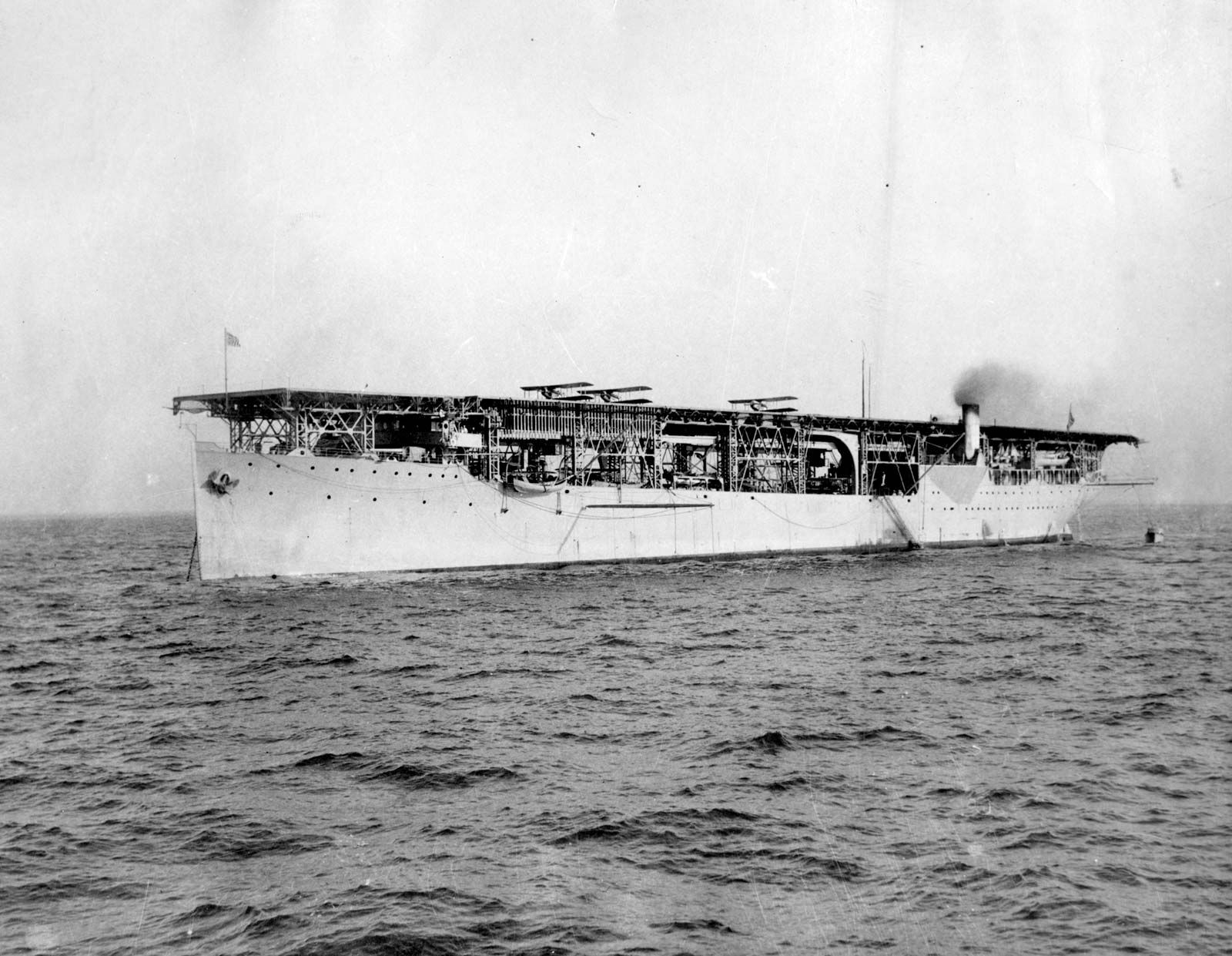 In Fig.1 shows an aircraft named USS Langley that was built and operated by the USA. Taking this aircraft as an example for understanding the concept behind this machine; the flat deck used in this aircraft helps better manage the take-off and landing. It has a turbo-electric transmission to convert electrical energy to mechanical work. According to a website [2], “it was built by the General Electric Company, consisted of two electric motors, each directly connected to a propeller shaft, powered by a single Curtis turbine and alternator set. At 2,000 rpm and 2,200 volts, the set delivered a speed of 14 knots (26 km/h; 16 mph) with propellers at 110 rpm. There was also a weight saving with the turbo-electric drive being 156 tons versus the 280 tons of equivalent machinery for Cyclops”. But the established classical designs have higher energy consumption. Also, they are the least efficient. Hence, a newer design concept for an aircraft carrier is proposed by the author.

The present design concept is of an aircraft carrier system that includes a Kilo-class submarine and four smaller attack vessels accompanying it. The main aircraft hanger platform is similar to a floating oil rig. Especially number 9 in fog. 2 shows the closet representation of the air craft carrier.

Fig 2: Representation of an oil rig platform base for an aircraft carrier [2]

This platform can house aircraft, helicopters, and drones alike. This platform is a floating aerodrome. Beginning with the anchors, the anchors could have vacuum suction to hold on to the sand on the sea bed as shown in fig. 3.

The AC has its length as much as an oil container or a large cargo ship with the run-way in the form of a flat deck as in fig. 4. 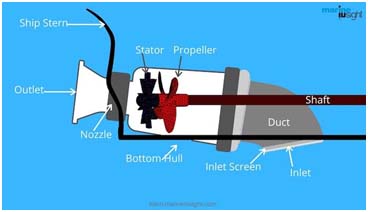 This system not only drives the ship forward but also helps steer the ship if vectoring is provided for the water-jet outlet nozzle. The four smaller attack vessels are to be connected by ropes to steer and drive the carrier in addition to the ACs own propulsion system. The speed of the aircraft carrier may be comparable to other vessels. The cabling is to be avoided and to be replaced by wireless transmission of electricity and other data.  There is ample storage available for food, medicine, and fuel in the AC. The aircraft are to run on electric motors connected to the rotor on one end and a gearbox for power transmission on the other end. The landing and take-off of aircraft are to happen by electromagnetism.

The proposed design concept could have higher endurance when compared to traditional aircraft carriers. It can be installed on the high seas. It could house medium-sized transport aircraft and large helicopters for the delivery of food, medicine and other essential items. The concept is novel in its approach. It is only limited by advancements in the manufacturing sector. However, the focused effort by way of funding by the government(s) could help propel this idea to manufacture the aircraft carrier.