It is appropriate that we render you a brief of this brave soldier. As per service records 2295 Sepoy G Ismail Khan was enrolled in the 1st Battalion Mysore Infantry on 08th March 1935 and the date of discharge from service is 10th April, 1952. During March 1941 Sepoy Ismail Khan proceeded  for overseas services. He formed part of 8th Infantry Brigade and was assigned airfield security duties during the battle of ‘Kota Bahru’. The battalion was later withdrawn to Singapore. During the ensuing campaign the brave soldier was taken as a POW by the Japanese. He returned to India after the second world war.

It would be apt under the circumstances to mention that I met Colonel IM Kalimulla (Retd)  at Presidency PU College, Bangalore. The teaching profession has brought us together and the icing on the cake has been our military service.

It was during a conversation recalling the old times, the Colonel made a mention of this letter of appreciation. I prevailed upon the officer to have the letter  published through the columns of Indian Defence Review to help the Indian Army preserve it in its archives.

As an instructor I hold the belief that the young generation of officers and men are to be lettered in the rich tradition and customs of the Indian Armed Forces to help them know about the sacrifices made by officers and men in uniform. My humble request is this letter being  a rare find should find a place in the learning module of officers and men  in academy and training centres.

Letter in English annexed as Appendix ‘A’ 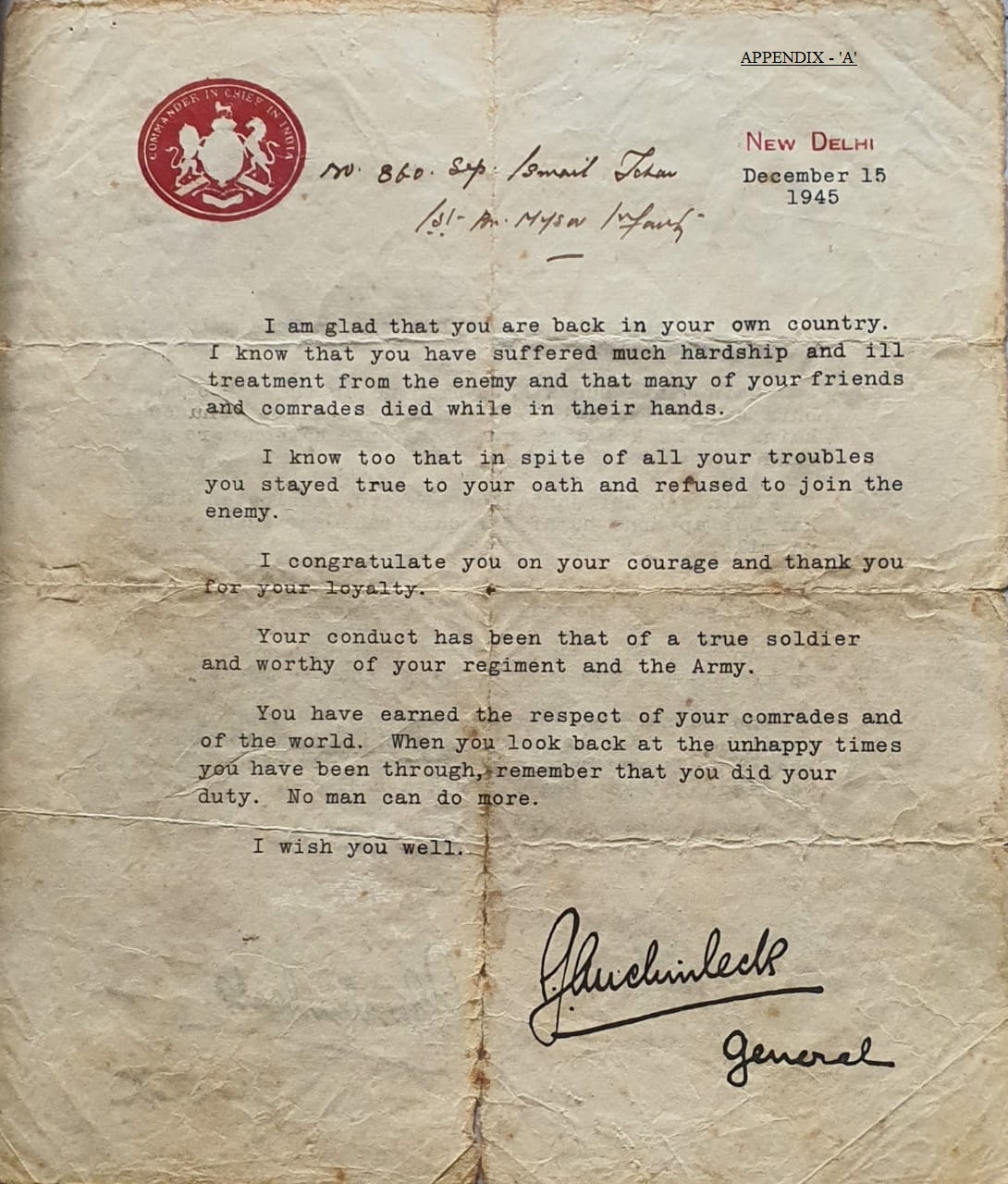 Letter  translated in ‘Roman Urdu’ annexed as Appendix ‘B’ 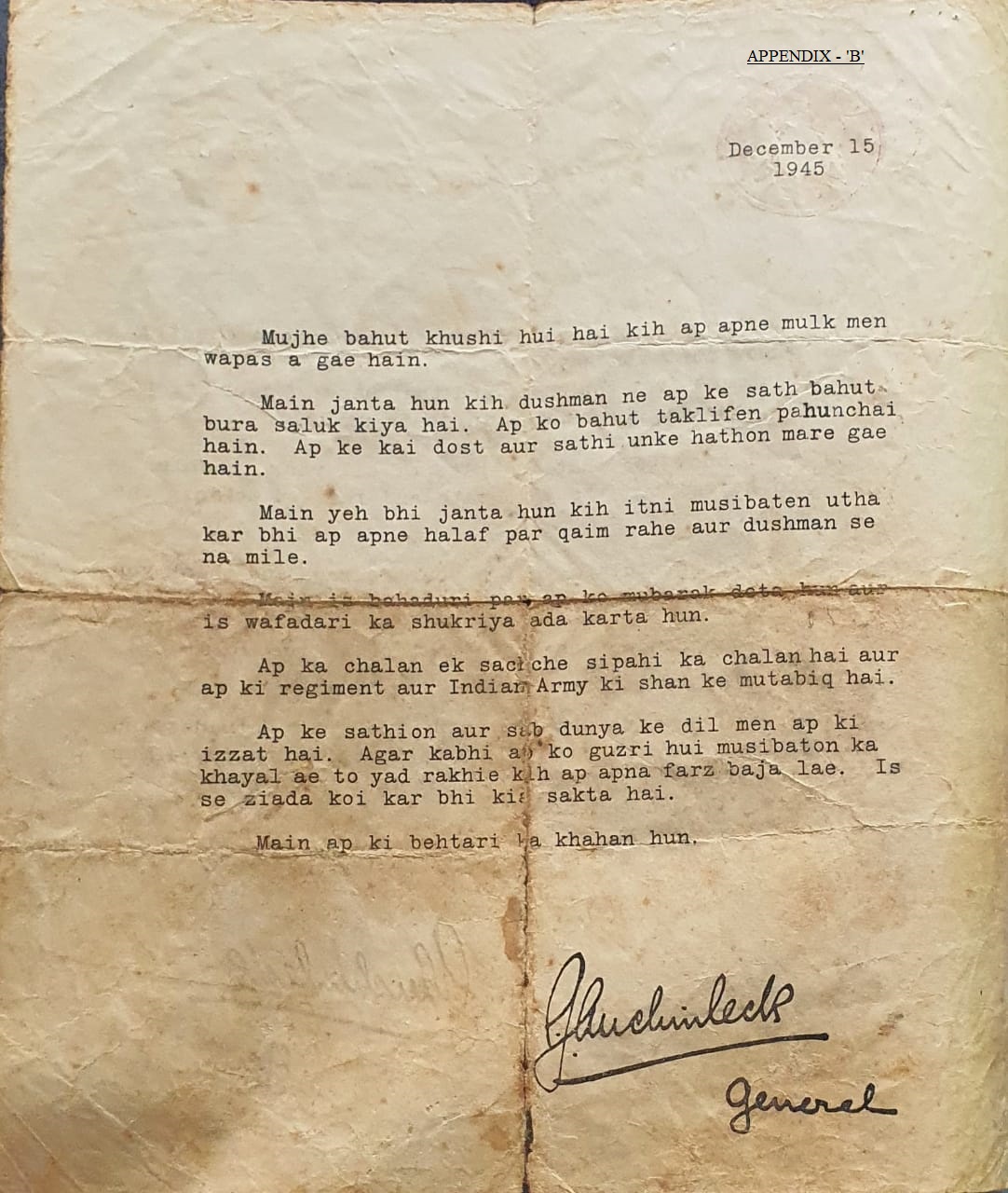