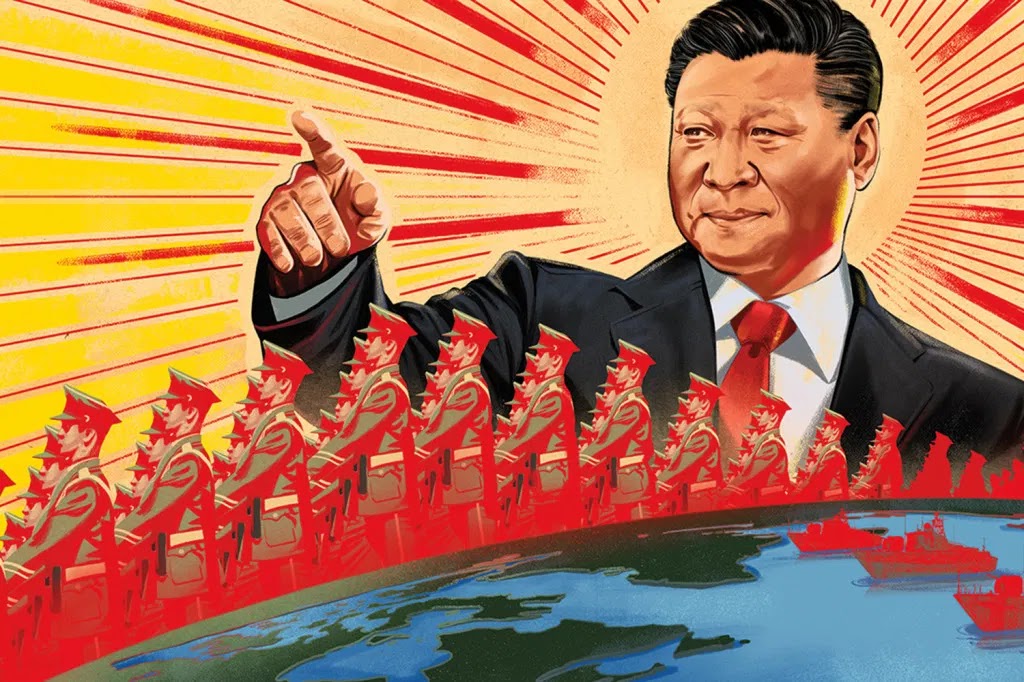 As the end of the year approaches, it is customary to look at the past twelve months and try to draw conclusions about the closing year’s happenings.

2020 will undoubtedly remain as an awful year, not only for India, but also for humanity and one country (or more correctly one regime) is behind this planetary misery: China and its Communist Party.

As a World Health Organization (WHO) team prepares to travel to Wuhan in January 2021 to investigate the origins of Covid-19, you can be sure that the WHO will not find any clues. In an interview with the BBC, Prof Shi Zhengli (the ‘bat woman’) who has been associated with the P4 ‘French’ lab in Wuhan, recently denounced “unsubstantiated claims that the coronavirus leaked from her laboratory.”

But even without speaking of Wuhan, when the BBC team tried to visit the remote district of Tongguan, in Yunnan, to enquire about Prof Shi’s field work, they could not reach the place: “Plain-clothes police officers and other officials in unmarked cars followed us for miles along the narrow, bumpy roads, stopping when we did, backtracking with us when we were forced to turn around. We found obstacles in our way, including a ‘broken-down’ lorry, which locals confirmed had been placed across the road a few minutes before we arrived.”

The fact remains that many whistleblowers have now disappeared and it will be difficult to prove anything as the lab has been cleaned of all traces of mishaps.

Even the conservative National Center for Scientific Research (CNRS) of France admitted that “The origin of SARS-CoV-2 is being seriously questioned”.

In an interview, eminent CNRS virologist Étienne Decroly discussed the various hypotheses, including that of an accidental leak from a laboratory.

When asked if the virus could have escaped from a laboratory, the professor said: “The hypothesis cannot be ruled out, given that SARS-CoV, which emerged in 2003, has escaped from laboratory experiments at least four times.”

One factor which has been ignored (or conveniently forgotten): the Chinese authorities gave the control of the ‘Top-Secret’ lab in Wuhan to the People’s Liberation Army (PLA) when the world was still unaware of the coming pandemic. The high technology transferred to China was done under the garb of Indo-French advanced scientific collaboration; the ‘Top Secret’ label ensures that nobody is allowed to seriously inquire why France left the project after 2017.

However, we know that at the end of January 2020, a Chinese PLA general took over the civilian Institute in Wuhan; Maj Gen Chen Wei, a researcher at the Military Medical Research Institute of the Academy of Military Sciences, became the laboratory ‘in charge’; by March 2020, the lady general claimed to have found the first vaccine against the virus. All this raises many serious questions which very few are ready to discuss openly.

In February already, a group of Chinese scholars led by Botao Xiao of the South China University of Technology wrote a paper for the Natural Science Foundation of China; it dealt with “The possible origins of 2019-nCoV coronavirus.”

After searching around the Seafood market in Wuhan, said to be the epicenter of the outbreak, they identified two laboratories conducting research on bat coronavirus. The first one, the Wuhan Center for Disease Control & Prevention is located 280 meters from the market where the virus is supposed to have emerged. The scientists found that “surgery was performed on the caged animals and the tissue samples were collected for DNA and RNA extraction and sequencing. The tissue samples and contaminated trashes were a source of pathogens.” It was not a proof, but a strong lead.

The second laboratory, the Wuhan Institute of Virology of the Chinese Academy of Sciences is located 15 kilometers from the seafood market; this is the ‘French’ lab taken over by Gen Chen Wei.

Xiao and his colleagues concluded: “In addition to origins of natural recombination and intermediate host, the killer coronavirus probably originated from a laboratory in Wuhan. Safety level may need to be reinforced in high risk bio-hazardous laboratories.” The study quickly disappeared from the Net.

It is in these circumstances that China decided to ‘teach’ India a lesson.

From all available information today, Gen Zhao Zongqi, the Commander of the Western Theater Command (WTC) facing India, managed to convince Xi Jinping, Chairman of the Central Military Commission that China could advance in a few areas in Ladakh at little cost for Beijing.

Zhao had already masterminded the Doklam incident in 2017. In May, the PLA began to move in Ladakh, but it soon turned to be a ‘misadventure’ for Beijing; the Chinese generals had not planned for Delhi’s strong reaction.

The good news is that on December 18, Zhao has been replaced by a rather unknown officer who has never set foot in the WTC; he has no experience of the Indian border. It is too early to say what it means for the future negotiations in Ladakh, but it probably indicates that Beijing will be more ‘flexible’. If confirmed, this is certainly a good thing for India as Zhao has been the main hardliner.

Retrospectively, what Xi has achieved in 2020?

The virus has made the world acutely aware of the dark sides of China; the image of the totalitarian Party will not improve in 2021.

Today Xi finds himself in lose-lose situation, as he has realized that he can’t bully India in Ladakh. Will the Darbuk–Shyok–Daulat Beg Oldi Road that Gen Zhao tried to stop, be shelved by India, the answer is ‘No’. Will India drop its suzerainty claims over Gilgit Baltistan? No.

Gen Zhao Zongqi will certainly not get a seat in the Central Military Commission as he expected to. Has China gained some strategic advantages in Ladakh? Hardly. And in August, the ridges, South Pangong tso on the Kailash range, were lost to the PLA.

Has Beijing succeeded in intimidating India with its brazen Information Warfare? Absolutely not. Has Xi’s prestige been enhanced after the Ladakh episode? Certainly not; on the contrary it showed the PLA’s limitation faced with a determined adversary. Economically too, Beijing has lost a lot, especially with Indian banning number of Chinese Apps and the decision to not award big contracts to China.

All this makes me think that 2021 will an Annus Horribilis for China and its news Great Helmsman. It would only be justice …in the meantime, can the WHO go to the bottom of the origin of the virus? Probably not.