2019: A turbulent and eventful year for Indo-China relations 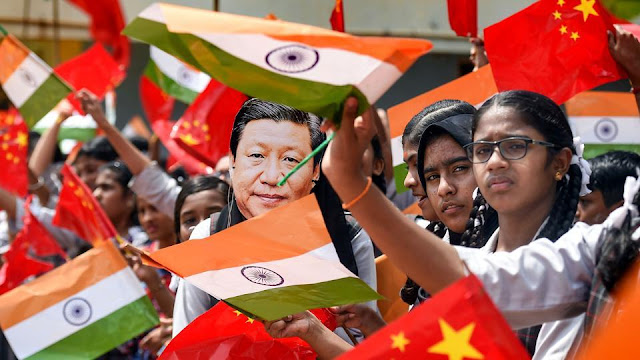 This has been a turbulent and eventful year for Sino-Indian relations. The informal summits between Prime Minister Narendra Modi and Chinese President Xi Jinping, helped maintain a ‘sound momentum’ in 2019, reported PTI sounding an optimistic note.

However, while preparing the balance sheet of 2019, it is not easy to objectively see the ‘sound momentum’. After the 22nd Meeting of the Special Representatives (SR) of India and China held in New Delhi on December 21, between National Security Adviser Ajit Doval and Chinese Foreign Minister Wang Yi, an Indian communiqué mentioned: “The talks were constructive with focus on taking forward the India-China Closer Developmental Partnership as per the guidance provided by Prime Minister Narendra Modi and President Xi Jinping at the 2nd Informal Summit at Chennai in October 2019.” The two spoke of “the importance of approaching the boundary question from the strategic perspective of India-China relations and agreed that an early settlement of the boundary question serves the fundamental interests of both countries.” This approach is not new.

During the meetings of the officials in 1960, while the negotiators of the two countries looked at the issue from a historic and juristic angle, in July 1961, China proposed a new ‘strategic’ approach. Zhang Wenji, director of the Foreign Ministry’s Asian Affairs Department met G Parthasarathy (GP), the Indian Chargé d’Affaires in Beijing. Zhang suggested that “each country presents a factual basis and, objectively compares them, looking to see whose information is relatively more logical, and finally parceling the land out to the country whose version is more beneficial to the two countries’ friendship.”

The Director further proposed that “if the two sides’ views differ greatly and it is impossible to bring them into line, each can keep to its own position and consider, from a political standpoint, what kind of resolution would be more beneficial.” “We can consider using the second method, with each side keeping its own views; depending on the facts of the situation, we will make some compromises and resolve the issues,” GP answered immediately. He added that the difficulty lay “in swaying popular opinion.” GP could not think of a way to overcome this political obstacle “other than making a big gesture.” He said that though it was his personal opinion, the first method, “is a very good method [examining the historical background], but I don’t know how much chance it has of succeeding.” He suggested making a “gesture that would do something to change the atmosphere… to stop conceiving of each other in a hostile way.”

The implications of Zhang’s proposals meant that India would keep NEFA (today Arunachal Pradesh) and China would continue to occupy the Aksai Chin, the ‘strategic’ artery between Xinjiang and Tibet, the two most restive provinces of the Middle Kingdom.

Beijing’s ‘solution’ had already been mentioned during Premier Zhou Enlai’s visit to Delhi in April 1960; for Beijing, it was ‘the most beneficial’. During the Doval-Wang meeting, Beijing went in the same direction, it agreed to “actively advance boundary negotiations in line with the Agreement on the Political Parameters and Guiding Principles for the Settlement of the India-China Boundary Question.” This was the agreement reached in 2005, which translated into keeping the status quo for inhabited areas like Tawang.

So, the recent talks are bringing us back to the 1961 formula, “let us go for a ‘swap’” and exchange areas administrated by India (Arunachal) against the ones occupied by China (Aksai Chin).

Another major issue remains the Gilgit area, on which India has recently reiterated its claims by publishing new maps of the Ladakh Union Territory.

This is the fourth Sector of the boundary (along with the Eastern, Central and Western Sectors); it cannot be left to a hypothetical future accord, otherwise the ‘early harvest’ mentioned by China would be meaningless. Let us not forget that the UN resolutions of 1948 and 1949 prove without a doubt that the Gilgit area was part of the erstwhile territory of the Maharaja of J&K and, therefore, Indian territory.

Another problem is China’s changing claims. In 1956, Zhou had agreed to a line on a map in the Western sector; in September 1959, following China’s advances in the Aksai Chin, another line became the de facto line of control and then post-1962 war, China’s claims indented further into India’s territory. Where will India draw the line in these circumstances?

Today, even if China speaks of ‘early harvest’, it is not clear who will benefit from the harvest. It is far more important to “maintain peace and tranquility in the border areas, pending final settlement of the boundary question,” as per the Indian communiqué. Existing Confidence Building Measures, i.e. Border Personnel Meeting points, trading landports, bilateral communications, etc., need to be enlarged and improved; if this is done in 2020, it could bring a good crop to both parties.

This article 2019: A turbulent and eventful year for Indo-China relations appeared in Mail Today/DailyO. Here is the link…