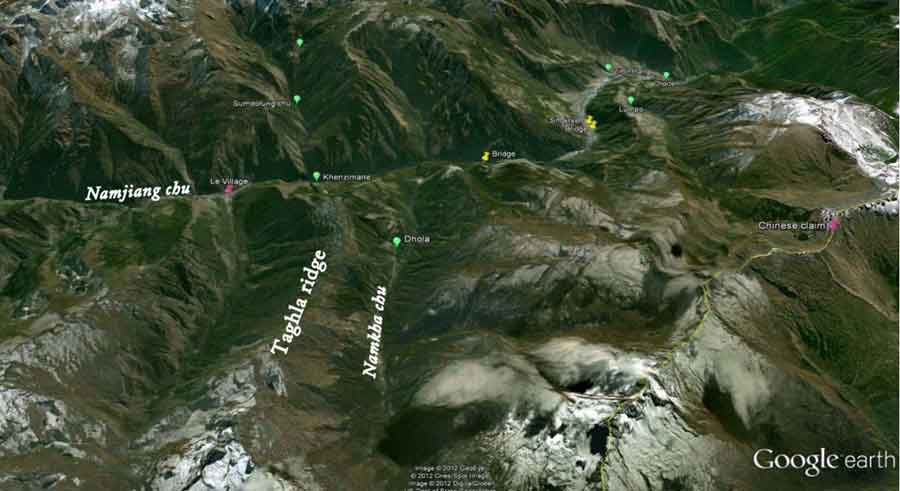 It was recently reported that 144 veterans of the Indian armed forces had signed a joint statement on the situation at the border, pointing to the failure of the ‘political, civil and military establishments’ which lead to the loss of 20 soldiers’ lives in the Galwan Valley.

Without going into the necessity of such statement at a time when the nation should, in a unified manner, face the onslaught of the Chinese expansionism, I would like to discuss one of the veterans’ requests.

Point 7 says: ‘We also strongly urge that the un-redacted Henderson Brooks-Bhagat Report concerning the 1962 War against China be released into the public domain, so that the military-bureaucratic-political system and the public can learn from the mistakes of the past. There can be no sensible reason for this Report remaining secret even after 57 years.’

It is true that report prepared by Lieutenant General Henderson-Brooks and Brigadier Prem Bhagat mentioned some of the reasons for the defeat of the Indian army in 1962.

Discussed in Parliament in 1963, the report has since then been unnecessarily kept under wraps, though there is no doubt that it is not the government which opposed its release, but some officers at army headquaters.

In 2012, Sandeep Unnithan wrote in India Today: ‘Officials who have read it say this is because the report squarely indicts senior army generals for the country’s worst-ever military defeat…’

‘The crux of the report in a 40-page summary by General Chaudhary (General J N Chaudhary, the army chief appointed after the war) says the army gave a better account of itself in the Ladakh sector by resisting the Chinese advance, because of better leadership.’

According to the same source, the three main findings of the report were the failure of the army’s higher command, the organisation of the army and finally the appointment of ‘the glib but militarily unsound corps commander Lt Gen Brij Mohan Kaul.’

Only two copies of the report are said to exist: One is with the defence secretary; the other deep in a vault at the directorate general of military operations.

If the Henderson-Brooks-Bhagat report is the symbol of the over-zealous attitude of those in power, it is not the only ‘secret report’ to remain in the drawers of the ministries of defence or external affairs.

Perhaps more crucial in the present tense days is the Himmatsinghji Committee Report of 1951.

This committee, known as the North and North East Border Defence Committee, sent its findings in two parts.

The first interesting aspect of the committee was that all the branches of the Indian State dealing with the borders were represented.

B N Mullik, the intelligence chief, wrote in his China’s Betrayal: My Years with Nehru that the decision to form a committee followed a note ‘New Problems of Internal Security’ sent by the Intelligence Bureau as well as Sardar Patel’s letter, which ‘were considered by all the ministries concerned within the next seven days.’

Mullik’s words often need to be taken with a pinch of salt, having the habit to justify his own wrong decisions. In this case, however, there is no reason to doubt that Sardar Patel initiated the process before passing away on December 15, 1950.

The first part of the main Report consisted of recommendations regarding Sikkim, Bhutan, NEFA and the Eastern frontier bordering Burma; it was submitted in April, 1951.

The second part contained the recommendations on Ladakh and the frontier regions of Himachal Pradesh, Punjab, Uttar Pradesh and Nepal; it was submitted in September, 1951.

Mullik wrote: ‘The Himmatsinghji Committee also had before it the recommendations which had been made by a smaller Committee formed in Assam to assess the dangers in NFFA and suggest the possibility of pushing the Assam Rifles Posts as far towards the frontier as possible.’

According to Mullik, it was decided that ‘a small committee of military experts with a representative of the IB in Shillong would visit the NEFA agencies and propose the places near the frontier at which the Assam Rifles units should be posted.’

It is probably this ‘smaller’ Committee which decided to occupy Tawang.

The Himmatsinghji Committee further recommended an important increase in the Assam Rifles and the Civil Armed Police ‘in larger concentration at strategic points from which effective patrolling could be regularly undertaken.’

The Committee also suggested the construction of new roads and the improvement of existing ones to link the Assam Rifles posts with headquarters, something which took 65 years to start.

The state governments were to extend modern administration right up to the frontier and this without interfering with the customs and the ways of life of the tribal people.

Now, where are these reports, which included findings on the trijunction between India, Tibet and Nepal, near Kalapani, which was recently in the news or the territory north of Harsil in Chamoli district of Uttarakhand, today disputed by China?

In November 2011, one Anil Mukherjee applied under the Right to Information Act to get a copy of the Report of the Himmatsinghji Committee as well five other reports.

In its order, the Central Information Commission recorded that appearing on behalf of the ministry of defence, P K Gupta (Director, Vigilance) made the submission that most of these reports were not traceable.

‘It is, thus, clear that the reports mentioned at Serial Nos 01 to 04 and 06 (The Himmatsinghji Committee report was No 1) of the RTI application are not available with the MoD and the question of supplying them to the appellant does not arise.’

Practically, it meant that the Himmatsinghji Committee Report is lost forever.

For the CIC, the conclusion was: ‘The MoD has not denied existence of these Reports; it has simply indicated their non-availability. Needless to say, the Reports deal with sensitive national security related issues and their ‘non-availability’ in the MoD is a serious matter.’

‘In the premises, it is ordered that a copy of this order be sent to the defence secretary for information and appropriate action at his end.’
As usual, the defence ministry’s babus did not do anything.

The takeover of Tawang

It is in all-probability the first Committee, based in its findings, who ordered the takeover of Tawang.
At the end of 1950, the entire area down to Dirang Dzong (South of the Sela Pass) was still under some vague Tibetan administration, with the Tibetan Dzongpon of Tsona in Tibet, collecting ‘monastic’ taxes from time to time in and around Tawang.

It is there that then Assam governor Jairamdas Daulatram and Major Bob Khathing entered the scene.

Summoned by Daulatram, Khathing was asked, ‘Do you know Tawang?’ He was then given a ‘secret’ file to study and told to ‘go and bring Tawang under Indian administration.’

On January 17, 1951, Khathing, accompanied by Captain Hem Bahadur Limbu of the 5th Assam Rifles and 200 men, left Lokra, the Assam Rifles headquarters, for the foothills and Tawang, which they reached on February 9, 1951. The rest is history.

It appears that Sardar Patel and Sir Girja Shankar Bajpai, the MEA’s secretary-general, decided the operation on their own and ordered Jairamdas Daulatram accordingly.

One can imagine what would have happened if Khathing had not ‘liberated’ Tawang and the areas around it in time.

On February 9, Nehru wrote to the foreign secretary: ‘The Committee appointed recently to tour the North East Frontier etc, has taken some action which I consider of doubtful value.’

It was about Bhutan, he also commented on the takeover: ‘Tawang has now been occupied. Probably the step taken was justified. But it was an important step and I should have been consulted about it. The instructions issued to the Officer Commanding (Major Khathing) should also have been placed before me before issue.’

‘This is a frontier matter involving possibly some complications and no step should be taken without full consultation.’

Retrospectively, it was perhaps a grace that the prime minister was not consulted.

Today, the Himmatsinghji Report is still ‘missing’. It is a great loss for the knowledge of India’s borders. It would have an immense value at a time China is bound to shift its attention to other border fronts in the Himalayas.