If one event has deeply marked the Indian psyche since Independence, it is certainly the short Sino-Indian conflict in October/November 1962.

The publication of a new book (in this particular case, a compilation) on this subject is therefore always welcome, as it helps to understand what went wrong, as well as the positive sides.

For the Indian nation, the 1962 conflict with China was indeed most traumatic, particularly for the nearly 4,000 prisoners of war (PoWs), the experience was extremely harrowing. Still today, some veterans who spent several months in the PoW’s camps in Tibet, refuse to speak to their families and friends about those dark days.

The Indian nation needs to understand what happened then to make sure that India does not have to live such painful times again.

Communist China too has not forgotten what they call their 1962 ‘counter-attack’ in the North-East Frontier Agency and Ladakh, but uses it for different purposes, for its own propaganda, forgetting that India of 2020 is not the India of the 1950s or 1960s.

Soon after the People’s Liberation Army (PLA) started an uncalled for confrontation in East Ladakh in May 2020, Beijing tried once again to propagate the narrative of a crushing defeat for India in October/November 1962, arguing that it was the Indian Army who attacked China on the slopes of Thagla ridge and in Ladakh and that India had been punished for its temerity.

Already at the end of October 2017, as an offshoot of the Doklam episode, Sina.com published an album of photos “to commemorate the 55th Anniversary of the Outbreak of the Self-Defense Counterattack.” Ill-equipped and unprepared Indian troops are supposed to have attacked superiorly-trained Chinese troops of Gen Zhang Guohua, giving Chairman Mao no option but to ‘counterattack’; killing hundreds of Indian jawans and officers in the process.

One of the photos, showing the People’s Liberation Army (PLA) parading in front of the Potala in Lhasa in March 1963, linked the 1962 War with the 2017 standoff in Bhutan: “The leader of the Chinese Communist Party, Mao Zedong, once estimated that India’s embarrassment [for having started the 1962 War] could usher in 10 years of border security and peace. History has proved that the period of peacetime has been longer than estimated. Today, 55 years later, India once again provoked China,” explained a Chinese publication, trying to convey the message.

In 1962, disinformation and Information Warfare (IW) already existed and President Xi Jinping probably dreamt of another 1962, when he undertook to change the Line of Actual Control in Ladakh in May 2020. He did not realize that India and the world have changed during the last decades.

Promoting the ‘1962’ Conflict as a Threat

But China continues to threaten. According to Xinhua, in June 2020, Lt Gen Zhang Xuejie, the Political Commissar of the Tibet Military Region (TMD) went to the Indian border and wrote in red letters ‘1962’ on a stone; the place seemed to be north of the Sikkim border in Kampa-la area.

What message did he want to convey?

That China could repeat the success of 1962?

Was Gen Zhang aware that the Indian Army in 2020 is fully geared for any conflict with its belligerent neighbour; it has demonstrated it during the recent months in Ladakh and the present government does not anymore dream of an utopian Hindi-Chini bhai-bhai world.

Today, the Chinese military leadership seems unaware of the battles of Walong or Rezang-la, where hundreds of Chinese PLA were killed by motivated Indian soldiers, but Beijing should think twice before threatening India with a 1962 redux. Of course, the truth is not told to the Chinese people who still live under the yoke of an omnipresent Communist propaganda, which has also managed to erase what happened to the PLA in 1967 in Sikkim.

Can Communist China and particularly the PLA, understand that the time for expansionism is over? It is doubtful; most in Beijing live like ostriches, their heads buried in Communist jargon, daily swearing by an outdated ideology. It is not a good omen for China of tomorrow.

Threatening India to Redo a 1962

As recently as September 2020, even after the Chinese forces suffered a serious setback on the Southern shores of Pangong tso (lake), the Chinese propaganda continue to menace India (incidentally, Beijing never mentions that the Tibetan Special Frontier Force, with other Special Forces had been instrumental in the capture of several ridges on the Kailash range).

The Global Times quoted Mao Zedong, who would have told his generals in September 1962: “I have already spent 10 days and nights to think about this issue, but I still fail to understand why Nehru chose to provoke us.”

The tabloid of the Communist Party of China concluded: “Fifty-eight years later, today’s Chinese people are sharing exactly the same confusion as Chairman Mao because of the current Indian administration’s almost irrationally aggressive provocations on the China-India border. There is a very unfortunate and worrisome phenomenon at the present that every peace-loving individual from China and India must be cautious about: the current situation is alarmingly similar to that of 1962.”

The Global Times added: “The first similarity is the Indian government’s crude strategy of taking advantage of the international pressure currently being put on China in order to advance its own interest. …In 1962, the Nehru administration naively attempted to take advantage of China’s disadvantaged international environment to advance India’s territorial claims. The result was India’s humiliating defeat.”

IW won’t help China in any present or future confrontation; in fact what is difficult to understand is why fifty-eight years after the events, Beijing is still using old bullying propaganda: “Don’t dare resist us or…”.

Selling the 1962 War to the Chinese

An interesting aspect is that China has recently started promoting nationalistic tourism in Tibet.

In April 2018, Che Dalha (alias Qizhala), the Governor of the Tibetan Autonomous Region (TAR) visited Zhayul, north of the McMahon line in the Lohit Valley. Some 50 km south in the same valley, the famous Battle of Walong took place in November 1962; here Indian troops and particularly the 6 Kumaon regiment of the Indian Army managed to stop the Chinese advances and inflict heavy losses on the PLA.

China has built a Hero Memorial Park to honour its deaths in Zhayul. During his visit, Che told the villagers that the masses should always cherish the memory of the revolutionary martyrs; he laid a wreath for 447 Revolutionary Martyrs at the War Memorial.

The story will now be told to thousands and thousands Chinese visitors, how ‘the Indians attacked our troops’.

Another memorial stands north of the Thagla ridge in Tsona County. The Forward Command Post of Gen Zhang Guohua, who commanded the PLA operations in 1962, has been reconstituted and opened to tourists. It is located in Marmang village, the first hamlet north of the McMahon Line.

‘Information’ will certainly be an important part of any battle of tomorrow, but can it win a war on the ground?

A Few Other Aspects

What is fascinating in the present compilation is that it covers most of aspects of the conflict, particularly the non-use of the Indian Air Force described by three eminent airmen.

Other articles detail several important angles of the border war, such as the Nehruvian Blunder (it should perhaps be written in plural), the importance of the confrontation in Ladakh, the US role in the conflict, the motivations of the Great Helmsman wanting to ‘teach India a lesson’ at any cost ‘to ensure peace in the future’, the myths around the national debacle as well as the battles of Namkha chu, Se-la or even the limited military operations in today’s Uttarakhand.

The main emphasis is: what are the lessons of this temporary defeat that need to be drawn by India, what can the nation learn from it? In many ways, lessons have already been assimilated, it is visible in Ladakh today; one lesson perhaps should never be forgotten, arrogance and over-confidence cannot replace professionalism and preparedness. 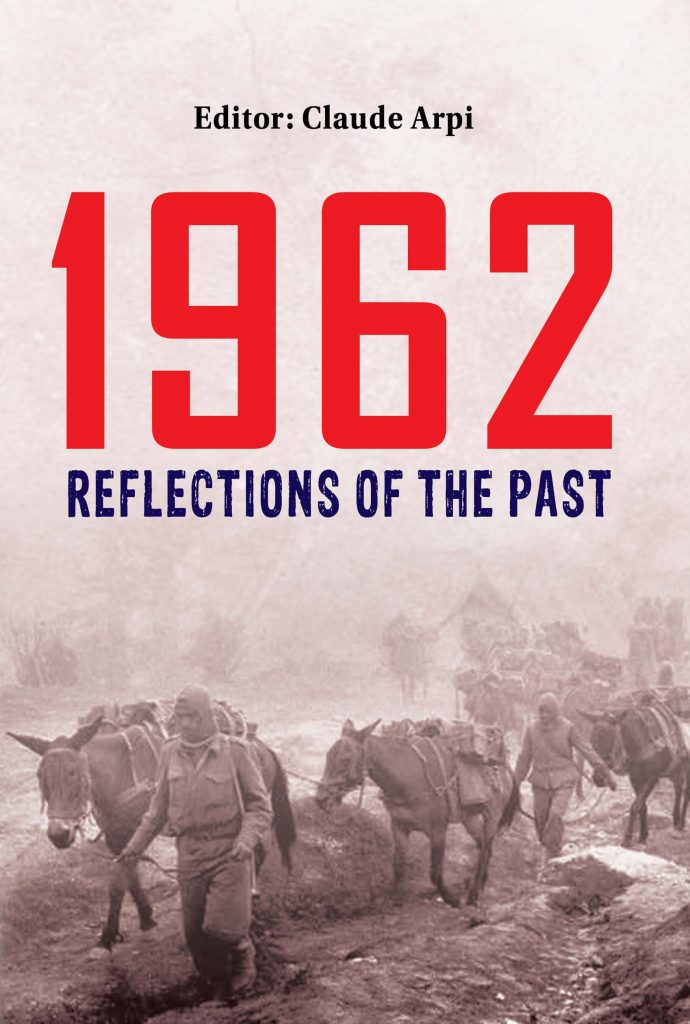 In this perspective, one can regret the fact that the Henderson-Brooks-Bhagat Report has not yet been released. Even presuming that a few lines or one or two annexures still need to be kept under wraps, these portions could easily be blackened or removed from the public version, while the rest of the report is made available to study, especially in the military educational institutions; let us not forget that one always learn best from blunders.

In 1962, despite the deplorable political climate, the Indian Army did well in several places, we already mentioned Rezang-la or Walong; learning from the past is where such compilations are useful; by honestly studying the positive and negative aspects of an ordeal, a nation can avoid repeating its mistakes and prepare itself for a more glorious future.

To conclude, this compilation is a welcome addition, one can hope that further research will be done, particularly into the situation in Tibet at the time of the war and the importance to take on board the local populations, a thing that China has always been unable to do.

Book Excerpts: 1962: Reflections of the Past