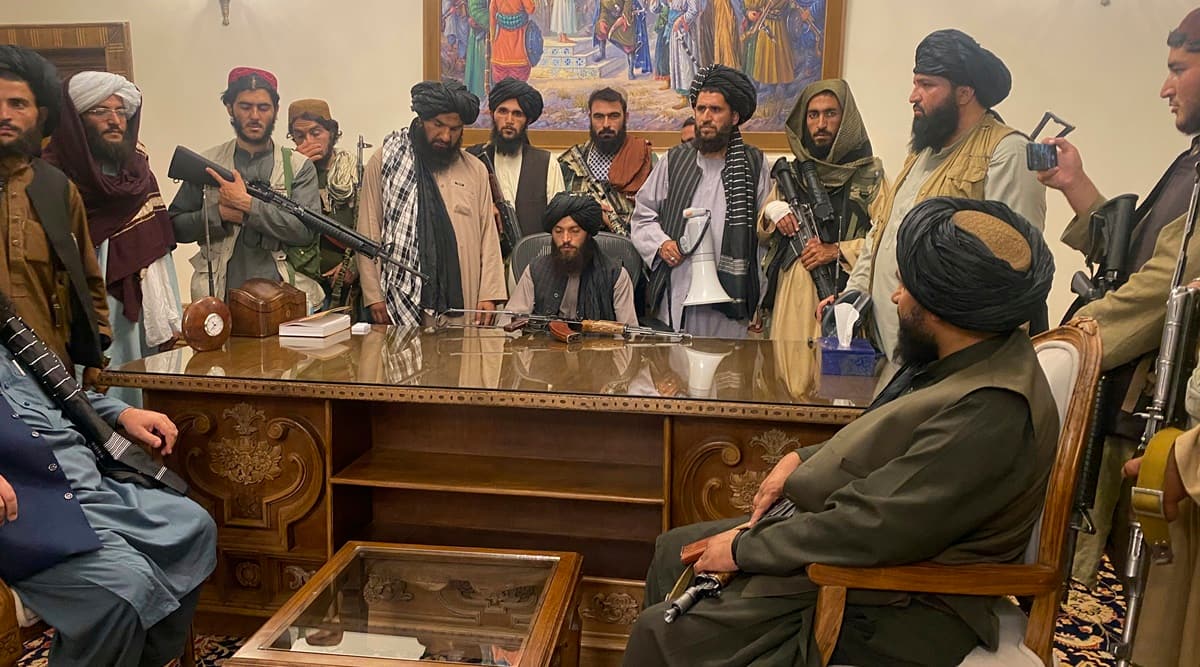 Last week Taliban completed 100 days of power in Afghanistan. The interim government (as it terms itself) was imposed by the Pak ISI, with the DG ISI visiting Kabul and brokering disputes on Government formation. This Haqqani led Government, sidelined moderates who were part of Doha negotiations, is inclined towards Pak, but have been globally rejected. Most of the moderates have either fled or are under detention. The old leadership including the ex-President Karzai and former Chief Executive Officer Abdullah- Abdullah are under house arrest. Not a single nation nor world body has recognized Kabul, leading to it being unable to place its representatives in world capitals or global forums.

Hence, Afghanistan has no voice and cannot project its problems to the world. Pakistan, which has become its mentor and guide as also acting as its mouthpiece, has itself lost face for supporting a Government led by UNSC proscribed terrorists. Eleven countries, including all its immediate neighbours have opened their embassy in Kabul. The only western nation in the list is Italy. Six meetings, chaired by regional nations, have been held to discuss the Afghan scenario and possible outcomes. The G 20, G 7 and the UN have also discussed Afghanistan. While every meeting has led to promises of humanitarian aid, their demands on Kabul have remained the same, adhering to Doha promises.

During these 100 days, the country has slid downhill, its people are suffering, there is no rule of law, random killings continue, the ISIK is gaining ground, insecurity is at a peak and almost 60% of its population are facing starvation. Fear amongst the local populace has been on the rise and migration to Pakistan and Iran continues. Suppression of women alongside revenge killings is the order of the day. Medical facilities have become almost non-existent.

Economically, Afghan funds in US banks remain frozen, resulting in its banking system almost collapsing. The Taliban’s demands for unfreezing its assets are ignored. The global view is that releasing of assets would embolden the Taliban to ignore demands for adhering to the Doha agreement. Nations, willing to fund humanitarian support, are unable to do so due to financial restrictions on the country. The Afghan economy has already shrunk by 40%.

In summary, Pakistan which acted in haste to promote a pro-Pak Government, after two decades of a pro-Indian Government, never thought through and is directly responsible for the suffering of the Afghans. Currently, it is facing the brunt of a failing Afghanistan, with a regular flow of refugees. It is compelled to provide aid which it can ill afford as its own people face food and medical shortages. Pakistan has been projecting that failure to support the Taliban Government could lead to the ISIK launching a civil war engulfing its neighbours, an aspect which has been ignored.

The few basic conditions laid down by the global community on the interim government are unlikely to be met as Kabul is controlled by hardliners. These conditions include an interim Government, adherence to human rights, education for women and ensuring that Afghanistan does not become the epicentre for global terrorists and drugs. The latest orders in Kabul that there would be no program on television with women participants indicates that instead of moving forward, the regime is in reverse gear.

Not a single terrorist group which had a base in Afghanistan has been eradicated. The fact that the Tehreek-e-Taliban Pakistan (TTP), which targets Pakistan, is in talks with Islamabad, brokered by the Afghan Government, implies that it will not compel any group to lay down arms. Some groups like the anti-China ETIM (East Turkistan Islamic Movement) have only been re-located temporarily. Last week Pakistan issued a high alert on an impending attack in Islamabad or Rawalpindi by the al Qaeda, an affiliate of the Taliban. These groups fought alongside the Taliban and hence their guns cannot be silenced. Russian intelligence mentions that thousands of ISIK fighters are concentrating close to the borders of Tajikistan and Uzbekistan.

With a failing economy and a desperation to survive, the Afghan leadership will resort to the only means of generating funds which it knows, production and export of drugs. These are routed through Pakistan, with the ISI extracting its share to sponsor terrorism. With no global funds to encourage reduction in poppy cultivation, its production will only increase. In summary, none of the terms and conditions laid down in Doha are being met.

Nations are concerned that promised aid may not reach the local populace. Therefore, they have demanded direct access to the population. While the Taliban has accepted this demand, not much is likely to come through as with setting winters, large parts of the country become inaccessible.

Fresh US-Taliban talks are scheduled to commence this week in Doha. The US state department stated that these talks would address the threat of ISIK and al Qaeda, apart from provision of humanitarian aid, movement of US citizens and those who worked with the US for the past two decades. They will not include unfreezing and recognition. The Taliban stated that these talks would aim at, ‘resolving economic issues, and the implementation of the terms in the previous Doha agreement.’ These talks are expected to last two weeks.

Will these talks result in promises or would they collapse as earlier talks remains to be seen. In earlier talks, the Taliban were in the driver’s seat as they were pushing their way towards Kabul and controlled the battlefield while the US was keen to withdraw. Now in power in Kabul, over a country about to collapse, the shoes have reversed. The US holds the key to economic and humanitarian assistance while the Taliban holds the bowl seeking support. Pakistan, which was seeking global recognition for facilitating earlier Doha talks, is now begging for global aid for Afghanistan.